On my twitter feed, I saw a tweet from Microsoft about Microsoft Flow, Microsoft's tool which says I should

I did know about Microsoft Flow, but never had a need for it. But for some reason my mind connected Microsoft Flow with Troy Hunt's PwnedPasswords service. He's written loads about how it works, and how the API can be used to anonymously check for passwords which he's found in the website breaches he's tracked. I thought...

It'd be great if I could be alerted if the few really secure passwords I have (e.g. my password manager password and email account) are ever found in the PwnedPasswords database

And so, I fired up the site and gave it a go. Here's what I came up with

If you're interested, a screenshot of the flow is shown below if you're curious 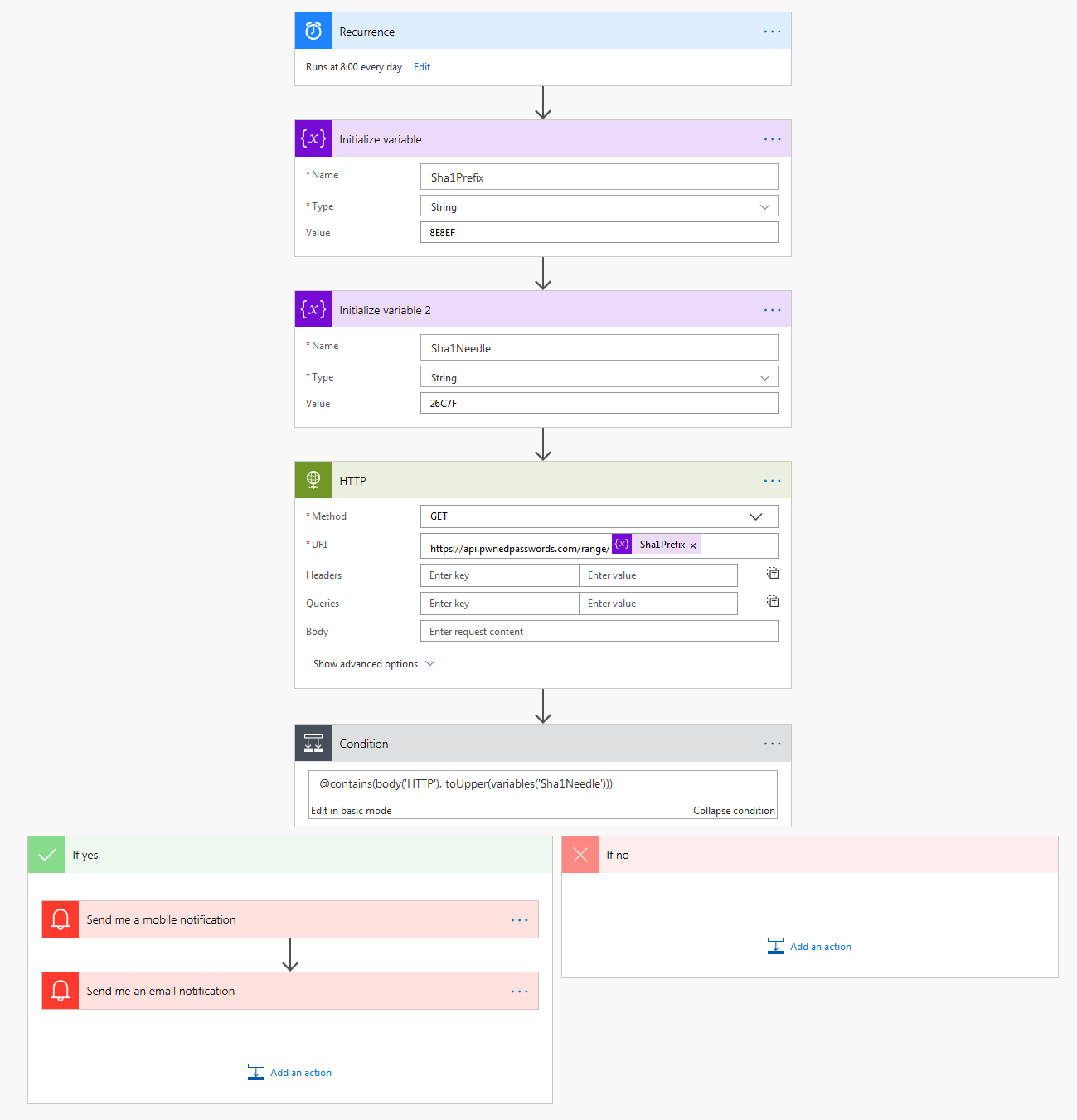 The Calderdale Way - Ripponden to Todmorden

Ahead of Storm Ciara, Saturday 8th of February was quite a calm…

Who * Andy * Ian * Roger * myself Where Bull Pot, Kingsdale When Sunday 3rd…